Termites (AKA white ants) are Australia’s most infamous house destroyers. They are social insects with a hierarchical caste system that makes them incredibly efficient eaters (and breeders). Their life cycle and metamorphosis stages are rather fascinating! The most common type we see as pest controllers are subterranean termites. Homeowners are most likely to see swarms of flying termites during (another interesting stage of their life cycle). To better treat termites, we must understand their life cycle and caste system.

Let’s take a peek behind the curtain at the secret life of Australian termites.

Termites breed all year round however most often during the warmer months. Reproductive (flying or winged) termites find a suitable location for their colony and mate. Once the new king and queen find a suitable location, they shed their wings(*1). They then carve out a mating chamber where the queen will start laying eggs. The mating chamber may be under the ground, in a tree or… in your house.

Swarming termites at your house? This is a good indication they may be establishing their colony nearby. Another sign is finding wings on windowsills.

Did you know that termites and carpenter ants are the only insects to shed their wings(*2)? 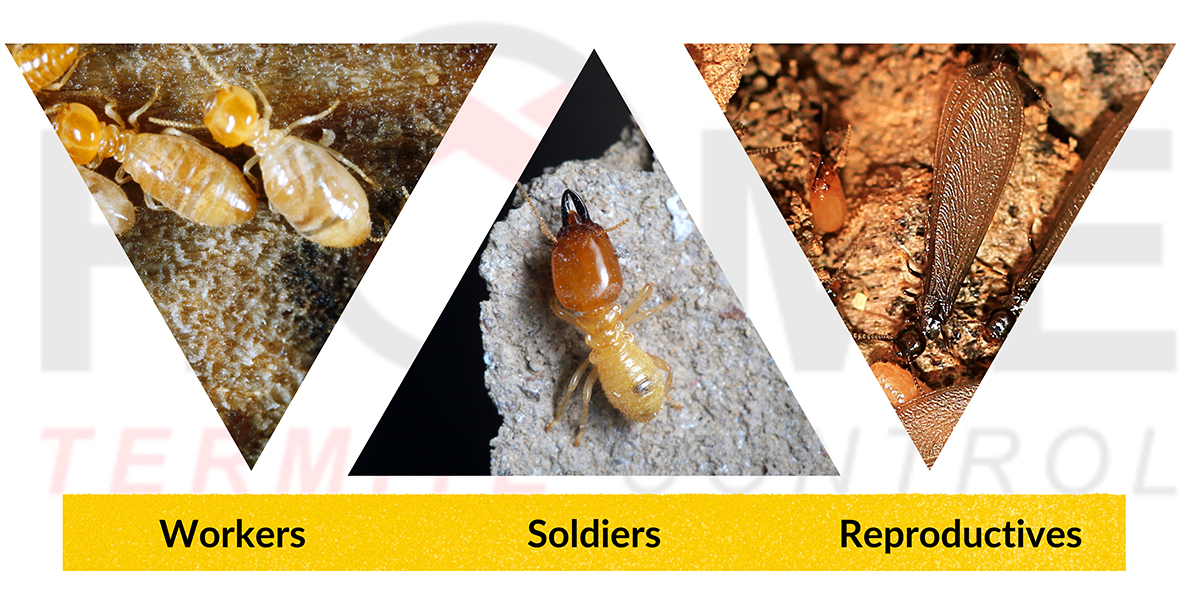 The eggs hatch into nymphs (also commonly referred to as larvae). Over the coming months, these tiny baby termites are cared for by workers. During this time, they shed their exoskeletons around seven times as they grow. Nymphs turn into one of three types of termites in the caste system (worker, soldier or reproductive). The occurrence of each type depends on(*3):

• Termites are critical for biodiversity. If they all died out so would we!
• Termites LOVE rock music! They are naturally drawn to vibrations (and thus your teenager’s bedroom)(*4).
• Termites, also known as white ants, are more closely related to the cockroach than ants.
• Carpenter ants are the only other insect besides termites to shed their wings.

The Queen Takes Centre Stage as the Most Important Termite 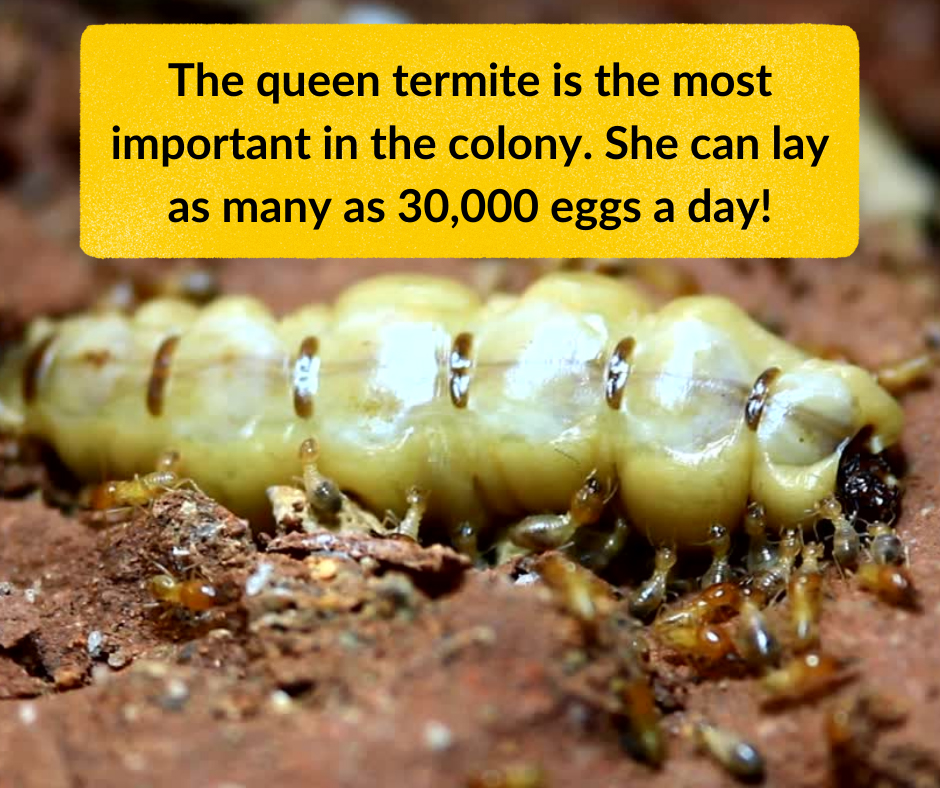 No matter what species of termite we are talking about, the queen is the most important. She is the key to the colony’s growth. If she becomes ill and stops breeding, the colony will kill her. However, while she is producing, workers preen, feed and care for her so she can focus completely on laying eggs. Many queens become quite large and chubby, and they can live for 25 years(*3)! A mature queen can lay as many as 30,000 eggs per day(*1).

Eradicating the queen is the top priority when you are trying to get termites out of your house. No matter how many workers or soldiers you kill, there is no way to keep up with the queen’s output.

There are many species of termites here in Australia and around the world. It is important to correctly identify the species and the caste of termites found. This ensures they are effectively treated. Be sure to contact Home Termite Control for correct identification and treatments for your home.